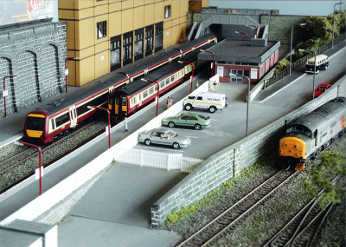 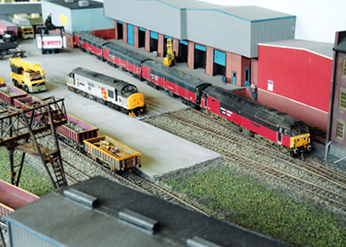 Calder Road represents a little bit of railway on the fringes of an urban area in central Scotland where the railway has survived into the 21st century in spite of the general decline of the railway system. There are three main areas of interest on the layout.

The passenger station has benefited from a resurgence of commuter travel and the development of a shopping centre with direct access to the railway. Passenger services are operated by a range of multiple units in a variety of liveries that reflect the flexibility with which ScotRail uses its stock.

The goods yard has been redeveloped to meet the needs of current freight traffic. The large hard standing area is used to transfer goods directly between road and rail. A logistics company occupies the warehouse at the back of the layout. Its loading bay allows forklift trucks direct access to railway wagons for loading and unloading. At the front of the layout a small wagon repair workshop is set next to a permanent way yard where wagons used to service the railway itself are based. 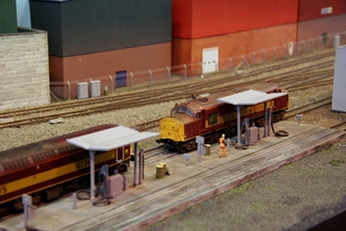 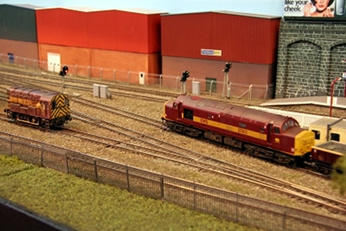 The diesel shed services the needs of locomotives that bring wagons to the small goods and permanent way yards. Light engine movements represent the locomotives based in other locations that do not have their own servicing facilities.

The buildings on the layout have been constructed mostly from kits of parts that have been modified to suit the style and location of the layout. The station building, for example, is based on the generic design that can be found in locations such as East Kilbride and Hamilton. The wagon repair workshop was inspired by a very similar structure at the permanent way yard on the outskirts of Rutherglen.

In line with modern practice, the signals on the layout are all of the colour light type. The signals are all interlocked with the routes set up on the tracks by the operators – so watch for the signals changing. The ground, or shunt, signals are also operational according to the setting of the points to which they are linked. As they are much smaller, you will have to look carefully to see them operating. 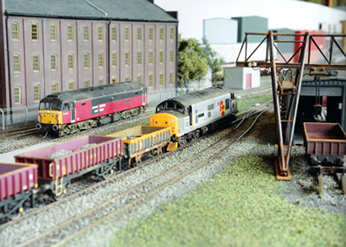 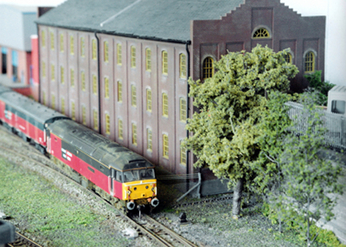 Calder Road is due to appear at the following shows:

Calder Road has previously appeared at the following shows: