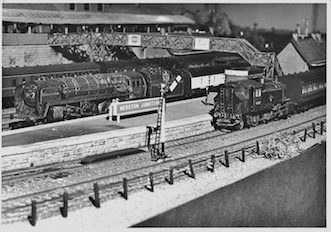 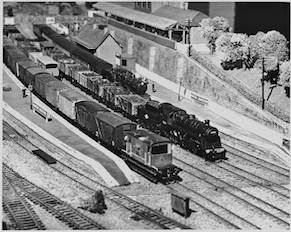 Nerston Junction is fictional in the sense that it has no prototype. It serves a country town on a main line in central Scotland. A branch line from the junction serves the village of Auchentibber and the nearby bonded warehouse.

We had several factors to consider in the design of the layout. It had to be used for regular club running as well as going to exhibitions. There had to be a continuous run as well as a terminus and it had to cater for the wide range of rolling stock owned by the club membership. 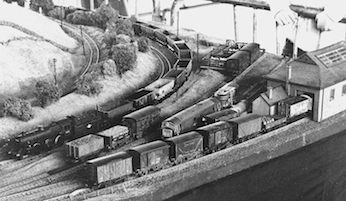 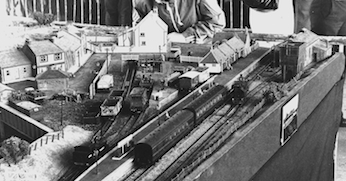 The junction station has an extensive goods yard on one side and a comprehensive loco depot on the other. At the other end of the layout from the loco depot, a wide river valley is crossed by both main line and branch on separate bridges. 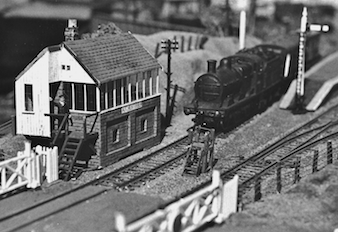 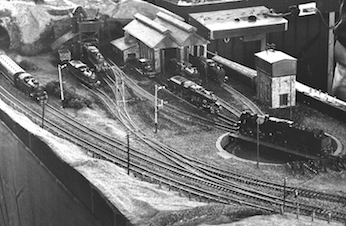 We have tried to give the layout most of its character through the buildings and other structures. For example, the Caledonian influence can be seen in the platform buildings at Nerston Junction and the engine sheds are close to some Highland Railway designs. The station building at Auchentibber is that at Boat of Garten. The signal box at Auchentibber is modelled on the south box at Boat of Garten. The coaling stage in the main locomotive depot is a model of that erected at Wick for the LMS during the 1940s. 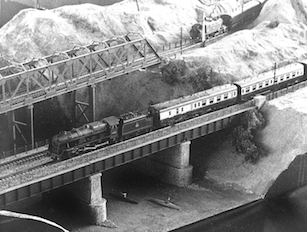 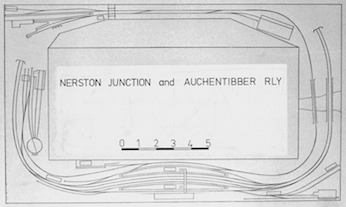