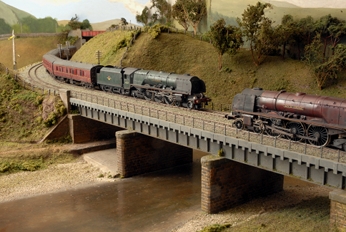 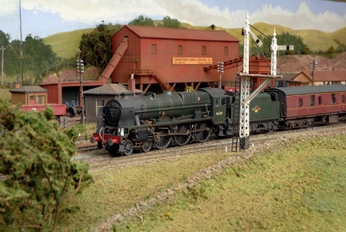 Crawford Bridge is a model railway layout based on part of the old Caledonian main line in the upper Clyde valley. This is perhaps better known today as the West Coast Main Line. Those who have travelled this route will be familiar with the dramatic scenery in the Southern Uplands as both road and rail fight their way over Beattock summit and then sweep in great curves down the Clyde valley towards central Scotland. The railway viaduct across the River Clyde just north of Crawford is well known, both as a favourite location for railway photography, and as a landmark seen from the M74 motorway. 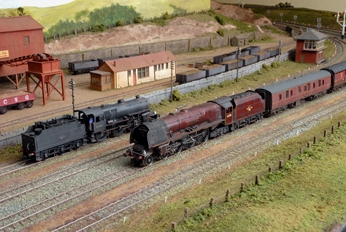 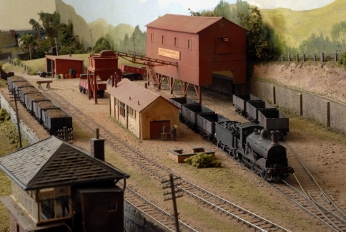 As the railway approaches from the north, the line follows a series of sweeping curves and alternates between cuttings and embankments in order to maintain a steady gradient for the climb to Beattock Summit. Immediately north of the bridge is a cutting through a wedge-shaped hill outcrop that forms the most distinctive landscape feature when the bridge is seen from the M74 road. South of the bridge the railway crosses the flood plain of the river on an embankment before entering a cutting leading to a stone overbridge on the edge of the village of Crawford. 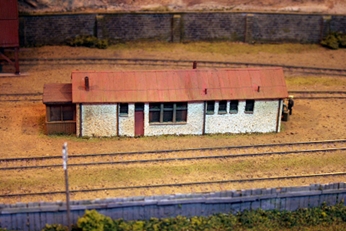 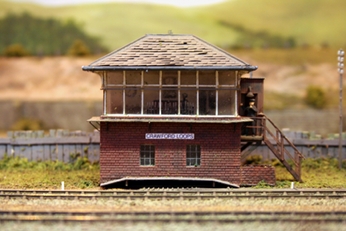 Much of the earlier railway infrastructure in this area has now disappeared as small stations and goods yards were closed in the 1950s and 60s. Some other aspect had to be incorporated into the layout to provide operating interest. As one of the principal industries in the area is quarrying for sand and rock it was decided that a quarry loading facility would form a second focal point in the layout. In order to provide the operating interest it would be done in such a way as to receive empty wagons and send them out loaded. This creates a contrast between the shunting movements around the quarry loading facility and the through traffic on the main line.

Crawford bridge was sold by the club in April 2010 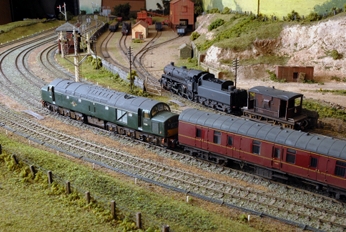 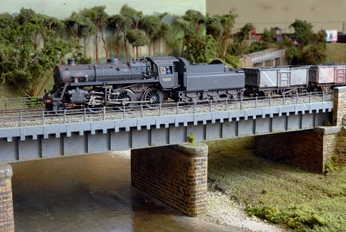